The project places the user outside of time and space. A profound denunciation of a skeleton society that once lived and continues to live immersed in the contradictions of the contemporary. A project between interior and exterior, between public and intimate, private spaces. In the exteriors, the buildings of the most frenetic technology, merge with rubble, abandonment, the human desert. The reading is double: at first sight it seems to lead us to a positive, winning model proposal, but the message through which a reality emerges seems concrete: the rubble, the past, visibly crushed by the contemporary hysterical, is its essential root. The interiors, spaces of the most intimate and personal memory, offer even more the small theaters of living, simple gestures, and therefore even stronger in their pro-vocation. But still the irony skilfully frames small situations and dress them now in bourgeois liturgy, now in pin-up poses, in the simplicity of the daily gesture. The preciousness of what remains of the architectural decoration (now pure scenography) provokes, with pierces a temporal diaphragm, in a surreal space.

Umberto Barone was born in Palermo in 1978. He graduated in Communication at University of Siena. After a brief experience in Rome as an assistant director in the production of a historical documentaries, he moved to Milan where he began working as an assistant to some of the best photographers in fashion and advertising. From 2004 he quit assisting and started working as a photographer himself. So far he has published two books (a third is coming out), collaborates with various Italian and foreign publications and has created advertising campaigns for large clients, and Yamamay Sky among others.
Barone/Conte collaborate for the first time in this project. One is an artist, the other one is a professionist in advertising communication, the duo has combined in this work the particular visions of two apparently separate worlds but increasingly converging in the current language of contemporary art.
VERONICA CONTE SELEZIONE MOSTRE COLLETTIVE: 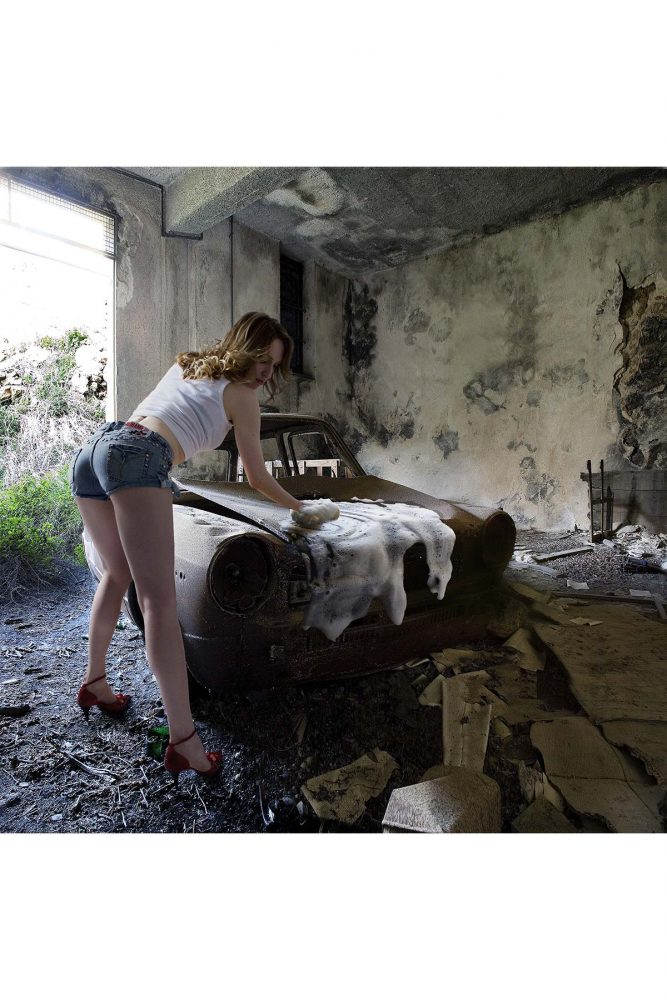