The project was stimulated by the observation of socio-behavioral phenomenon of compulsive accumulation (disposophobia) in progressive relief starting from the 1940s. Today it is estimated that there are more than 2 million compulsive accumulators in the United States. The windows therefore lose their original function and acquire a new one, a curtain through which the man possessed by his objects can be observed; but the project also lends itself to a more individualistic interpretation in its relation to the concept of identity and self-memory. Indeed, the theme of memory is by no means marginal if connected to its opposite, oblivion. What does it mean to remember? It means selecting pieces, moments in one’s life. In this sense, wanting to find a literary analogy, Baron / Conte’s “hoarders” are a bit like Borgers’ Ireneo Funes who remembers everything, keeping in his memory any shred of reality with which he comes into contact, and which eventually he will be paralyzed by the huge amount of his memories. And here the physical paralysis becomes an existential metaphor, in Borges as in the project “HOARDING OFFENDERS. My memories will never die ”by BARONE / CONTE. 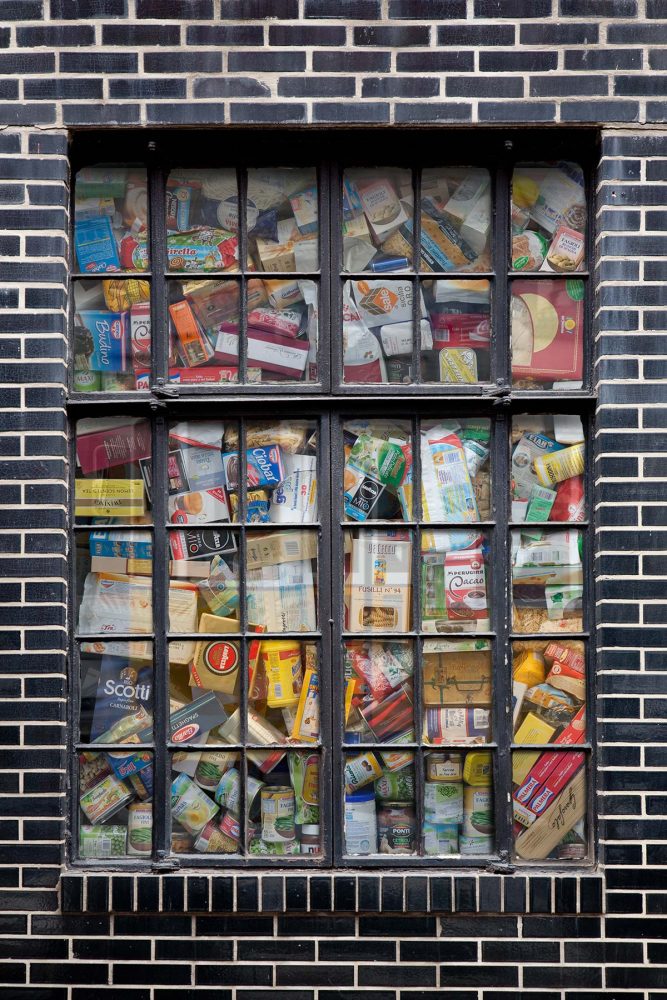